The city of Gympie is in the south east corner of Queensland about 160 km north of Brisbane. It is situated inland on the Bruce Highway but is only about a 30 minute drive to Tin Can Bay and the Great Sandy Straight between the mainland and Fraser Island. The Mary River flows down from the hinterland through the town. This river and its tributaries are important players in the history of Gympie.

Originally called Nashville, the township formed in 1867 after a prospector named James Nash discovered gold in nearby Gympie Creek. Drawn by the dream of riches, men from all over the country and around the world came to attempt to dig up their own fortune. A year after Nash’s discovery the settlement had grown from a handful of men to thousands and was renamed ‘Gympie’. The name comes from a local aboriginal word for ‘stinging bush’.

The sheer volume of gold produced in the region in the following years earned Gympie the title of ‘The town that saved Queensland’. The boom came just at a time when the colony’s finances were in tatters and the Band of Queensland had collapsed. There were riots in Brisbane and other centres as people became desperate for employment and food. Then the gold seemed to start pouring out of the ground and wives and merchants followed the miners to the goldfields to build shops and homes.

Before Nash’s discovery there were some scattered settlers in the area; mainly graziers and timber-cutters. As the town grew timber was needed for building, mine struts and firewood. The timber industry has continued to be active in the region since that time and helped Gympie to survive while other gold rush towns quickly disappeared.

Initially access to the area was restricted to rough roads. Travelers from Brisbane took a steamer along the coast to Tewatin near the mouth of the Noosa River followed by a coach to Gympie. In 1881 a railway line opened to Maryborough and another a decade later to Brisbane. A branch line was also built from Gympie along the Mary River valley in 1915 which helped to boost farming in the region. Fruit growing and dairy farming soon contributed steadily to the region’s economy and, like the timber industry they remain strong to this day. This line has been restored as a popular tourist attraction with the Valley Rattler steam train operating from the old Gympie railway station.

By the turn of the century the town boasted a number of churches, several schools and its own hospital and newspapers. Adult education was also provided through the School of Arts and the Miners Institute. There were even a few suburbs centred around the busiest mines and reefs and the earliest streets wandered around in no planned order. The floods of 1893 damaged much of the infrastructure but thanks to the mines the community had the funds to rebuild. Gympie was declared a city in 1903.

Prior to World War 1 the supply of accessible gold had started to dwindle and by 1927 all the mines had closed. Over the following decades Gympie remained a centre of administration for the local fruit, dairy and timber industries. Then in the late 20th century the Gympie Goldfield Mining Company was formed and gold mining started again almost 100 years after it first began. This brief revival was not to last and the mine has since been sold several times and its assets sold off.

Gympie has bounced back again with a strong tourist industry. Being less than a 2 hour drive from Brisbane makes it an attractive destination for day trips and weekend get-aways. Visitors can explore the old goldfields and visit the wonderful museum. The Brooyar and Amamoor State Forests are full of walking tracks and some camping areas. Cafes and restaurants feature the delicious local produce. Car enthusiasts can get a fix of adrenaline at the speedway at Mothar Mountain and at Tin Can Bay and Rainbow beach there are lots of water activities for the whole family. It is even possible to join a tour to hand-feed the dolphins in the Great Sandy Strait. With a number of art and cultural festivals held throughout the year there are plenty of reasons to come and explore Gympie. 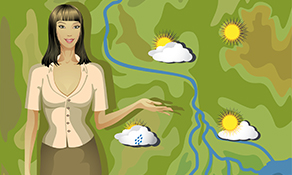 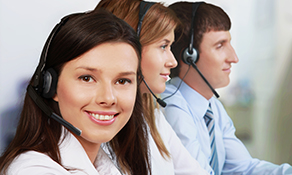 We'd love to hear from you


Whether you have a question for us, wish to advertise on this website or just want to give us a feedback, we would love to get in touch with you. Please provide us as much information as possible. Our friendly staff will try to respond to your query promptly. 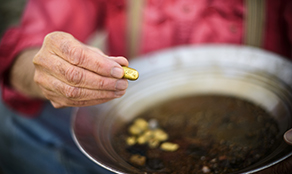 
In the late 1860's Gympie became known as the "Town that saved Queensland". Following years of drought, the colony was virtually bankrupt, unemployment was sky high and the Bank of Queensland was closed.

All that changed when, in 1867, Englishman James Nash was prospecting on Gympie Creek...


For many centuries Australian Aborigines have utilised and managed their surrounding natural forests. Depending on the region and the season, they used techniques such as burning and selective harvesting to use what they needed and to encourage regeneration.


Due to its combination of a sub-tropical climate, a rugged hinterland and wide coastal plains, the Mary River floods regularly. Before European settlement, the indigenous population would have known the river cycles and moved around the region accordingly.